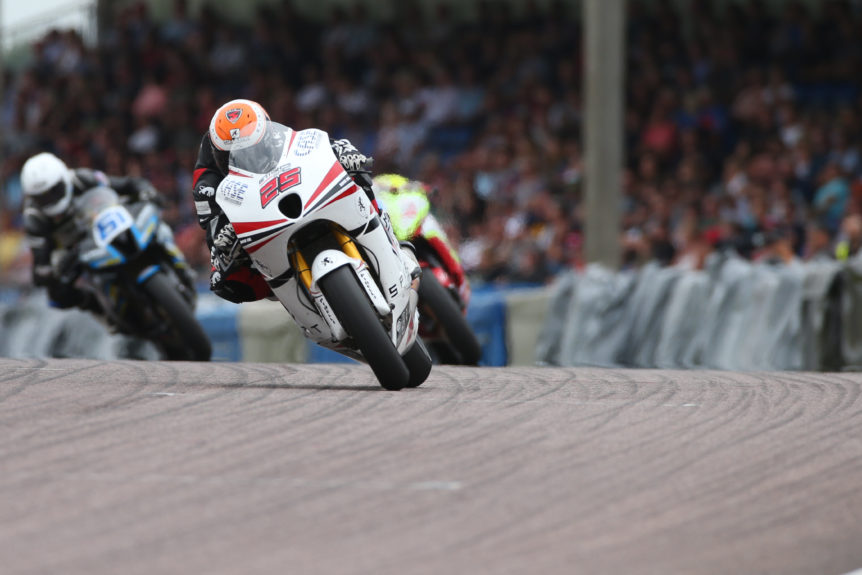 With an average speed of 110mph, Thruxton in Andover is the fastest circuit on the calendar. With its abrasive surface and long sweeping bends, the circuit always creates interesting racing till the last lap.

Just like Snetterton, I wanted to do longer runs, in particular, to understand the Pirelli tyre after a full race distance. With the circuit not having so many hard braking corner entries, I struggled to get the front loaded enough with the setup that I had run since the end of Brands Hatch. We decided to make a change for the qualifying, which I felt had improvement at the end of the tyre life, but not at the start. I went faster at the end of the session than when the new tyre was in!

Qualifying 8th, my worst of the season to date, I knew that I needed to get my head down and stay focused for the races. I got a great start and as the race progressed, my pace came to me, making moves to finish 4th at the end of the sprint race. I continued this pace on the same race tyres in the warm-up, completing a full feature race distance.

After reviewing my feedback and the setup, we decided to make a small change to the bike, to give me a better start to the race. It helped, allowing me to move up to the back end of the podium from the start! Unfortunately, a rider crashed and the safety car was deployed. When the race restarted, I struggled to get feeling from the bike and dropped back.

I managed to recover positions in the last laps, crossing the line in 6th place.