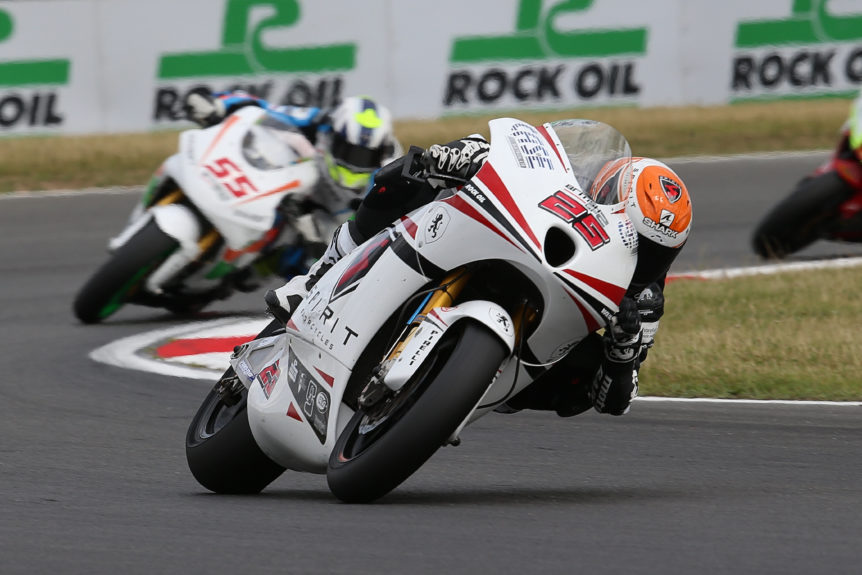 I’ve always enjoyed the fast and flowing Snetterton circuit. It’s a fast track and one that I’ve done well at in previous seasons! Snetterton was the circuit that I won my first race as a support series to the British Superbike championship. I also won a British Talent Cup race last year!

As I’ve found with most of the circuits around the country, on the Moto2 bike, they are much more physical! Especially with the nature of high speed and fast to slow braking zones at this track. But, with my podium at the previous round, I was keen to continue my progress on the larger motorcycle!

For the first time this year, I decided to do two longer practice runs, which enabled me to do two race runs. My pace was consistent and, I worked on my reference points and feeling with the bike. I headed into qualifying, with all of the dots lined up, all I needed to do was put them together.

I had one of the best Qualifying sessions of the year, putting me in 4th place in the GP2 class for the first race. I got a great start and wasn’t far behind the podium position. As the race progressed, I lost a bit of time, but, I didn’t give up. As the closing stages of the race came in, I closed in on the 3rd place rider and made a move in the penultimate lap. Despite an ambitious attempt from behind, I managed to keep hold of the podium position as I crossed the line!

I knew I had the pace to repeat this in the second race, but the duration was much longer, I got a great start once again, into 3rd position from the start. This time, however, I had two riders right behind me, both in the GP2 class! I stretched the gap to 1 second and stayed consistent and fast, although the gap closed at the end, I kept hold of the podium position for a perfect weekend.

My first double podium in the GP2 championship, but, I’m eager to keep improving to get that race-winning position!