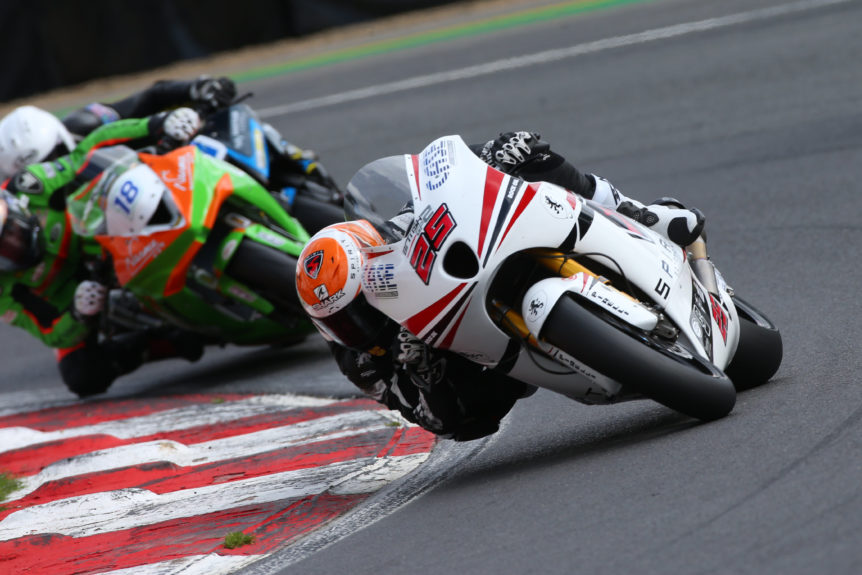 Brands Hatch is not only one of the closest circuits to my home in West Sussex, but also a track that I have finished on the podium in all three classes that I have raced there. I enjoy the circuit, in particular, the GP section, which is fast and flowing.

After working on building an understanding of how I like the bike to feel at the first few rounds, I left Donington, the previous race, with a good idea of the direction in the setup that I needed. We began the first practice session with this geometry setting, and I loved it. However, I felt a problem with the engine, and it cut the end of my session short.

Unfortunately, the issue got worse for the second practice, and we decided that it would be better to switch the engine for Qualifying. Minutes before the start of the session, a completely different issue occurred with this second engine and meant that I wouldn’t be able to make the session!

The team had only a few hours to collect, change and run another engine before the start of the first race, where I would have to start from the back of the grid. I can’t thank the guys enough for their hard work for preparing the bike ready for me to race!

I got a great start, and felt really confident, making 11 places on the first lap alone! As I started to get into my rhythm, rain began to fall in some sectors, meaning the race was stopped. The clouds cleared and although it was declared a wet race, the track was dry and it didn’t look like it was going to rain. Again, I got a great start in the restarted race, but the rain started to fall making it difficult for everyone on the complete dry tyres! I kept it up and finished 9th in class.

The second race was completely dry and also one of the first races of the season that ran the full length scheduled! I had a great start, making overtakes to move up positions. I stayed consistent throughout the race but struggled with my strength at the end of the race, which I’ve highlighted as one of my key goals to work on for the remainder of the season.