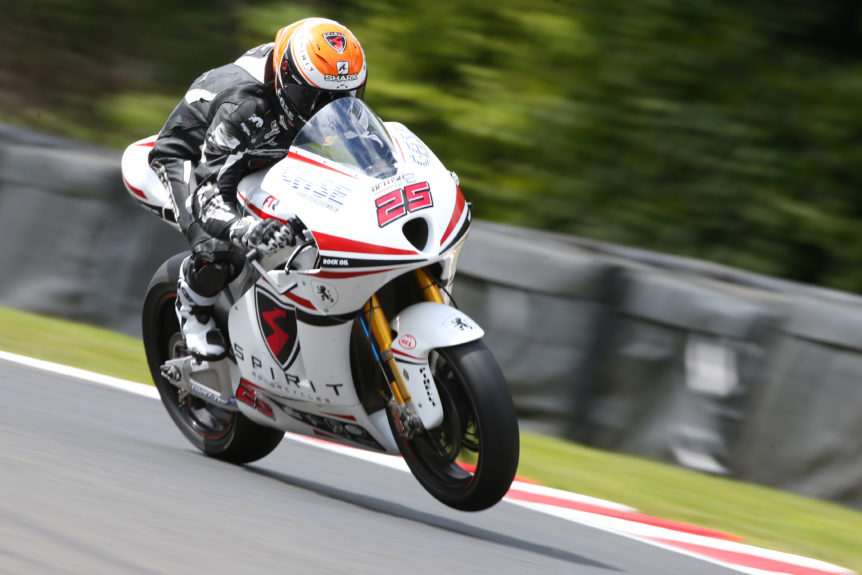 After getting the first race weekend under my belt, the British Superbike Championship headed to the first fully British circuit, Oulton Park! With its undulations, camber and blind corners, Oulton Park is non-stop. The bike felt great at Silverstone for the first round, but I needed to understand what some of the major changes to the bike do to help me ride, so for Oulton, we had a big schedule of adjustments we needed to try!

After the first session, I felt a lot better on the bike and understood the track, but I had a lot of time to find. A big change of geometry for the second practice, and from the first laps I loved it! I felt that the bike was great, but this change made me realise the potential to improve!

In the Qualifying session, I hooked in behind another rider and was able to improve my pace a lot, feeling comfortable and able to push on! With a better grid position than the first round, I could move up and race from the beginning with the top groups.

The shorter sprint race one was great for me, as I was able to hook into a group with a good pace. I felt confident running the speed but found it difficult to overtake. It was physically hard work and made me push right to the end.

By Sunday afternoon the weather was hot and track temperature’s higher meaning that the longer race would be even harder than the first! I got a great start, making progress in the same group as the first race. This time I felt more confident to make moves and started working my way through. The closest I’d been all season to the podium and I was pushing myself. Unfortunately, a rider in the group crashed and the race was stopped early but I’m really pleased with the progress between the first round, being much closer to the podium!