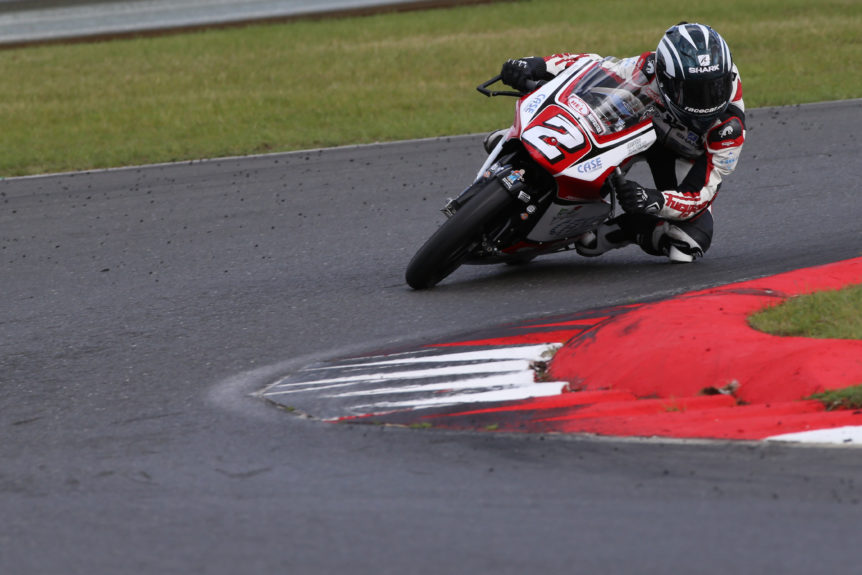 Following the long spring break, this weekend will see round four of the Hel Performance British Motostar Standard Class Championship at Knockhill in Scotland. After the brilliant season opener, with four podiums out of five races, Thomas started the break second in the championship.

Thomas used this time to reflect on the season to date, but slowing down on training and practice was not an option; the team headed to Snetterton for the official test with many things to try ahead of this weekend’s racing. Ending the test day as the fastest rider by over a second and matching last year’s winning race pace in challenging winds.

Thomas’ thoughts heading into round four after the summer break:

“We have had a great start to the 2017 season and the break has really allowed the team and I to try a few new things that I’ve been unable to use at race meetings to date. I absolutely love the bike and have been working hard with my fitness, keeping it up to the level I need to compete. The Knockhill circuit has always been a great track for me with podiums in 4 out of 5 finished races with two of those being wins. I’m confident we have the pace to be at the top and I can’t wait, whether that be with sun, snow or rain!”

Case Moto Rapido Moto3 team manager, Iain Hopcroft added:
“We’ve had a brilliant opening start to the season with Thomas, he’s showed great pace from the minute we began testing in March. The team have made some changes during the break which Thomas loved during the Official test allowing him to be on great pace over a long distance. I’m excited to see what Thomas and we can do this weekend!”

Check back on the official Thomas Strudwick social media during the weekend for updates and live timing!