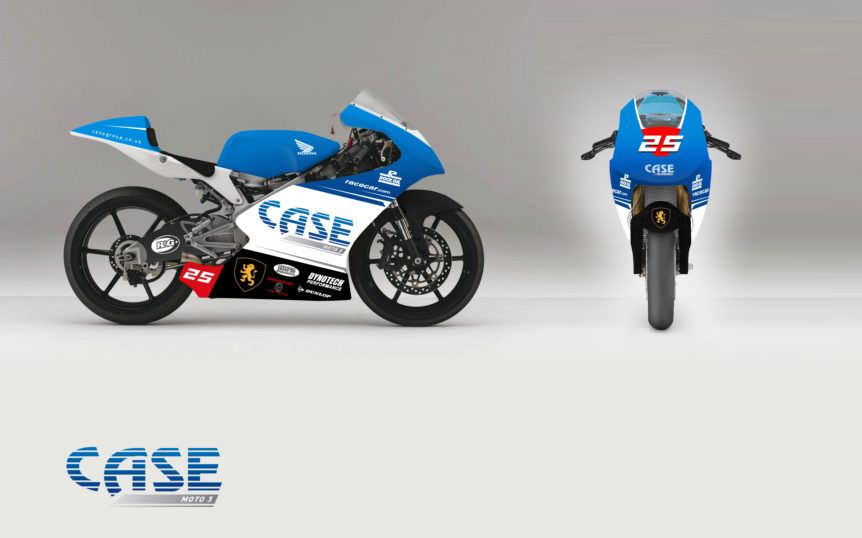 In 2016, Thomas Strudwick (14), the youngest ever national race winner will be racing in the British Honda Moto3 Standard Class Championship with the newly launched Lionheart Case Moto3 race team.

Last year Thomas competed in The Santander Consumer Finance KTM British Junior Cup and by mid-season Thomas was the series leader with a 27 point gap to second place. Unfortunately, whilst competing as a wild-card rider in the International Moriwaki Championship at Brands Hatch, Thomas was involved in a serious incident that meant he missed the next 3 KTM cup rounds. He raced again in September for the World Finals of the KTM Cup held at Silverstone and despite only just returning, Thomas won the 1st race and came 7th overall in the World Final race. The 2015 race year ended with Thomas in 4th place overall in the British KTM Junior cup.

Strudwick is now preparing for this year’s race season, testing at Almeria in Spain during March before attending the official test day at Donnington Park at the end of March. Quote from Thomas Strudwick:

“I am so excited to be working with the Lionheart Case Moto3 race team. I can’t wait to finally ride the new bike and it looks great. The team is coming together well and I am so pleased to be riding in the standard Moto3 championship. I would like to thank my supporters for giving me this fantastic opportunity in 2016”

“Case Moto 3 are delighted to confirm our continued support of Thomas Strudwick in the new Honda Moto 3 standard class, in truth our minds were made up at the Silverstone World round, returning to the Top Step following a 10 week layoff after sustaining injures in the Moriwaki Cup told us all we needed to know, Thomas has the natural talent, true spirit and determination to become a future champion at the highest level, we wish him all the best for 2016 season.”