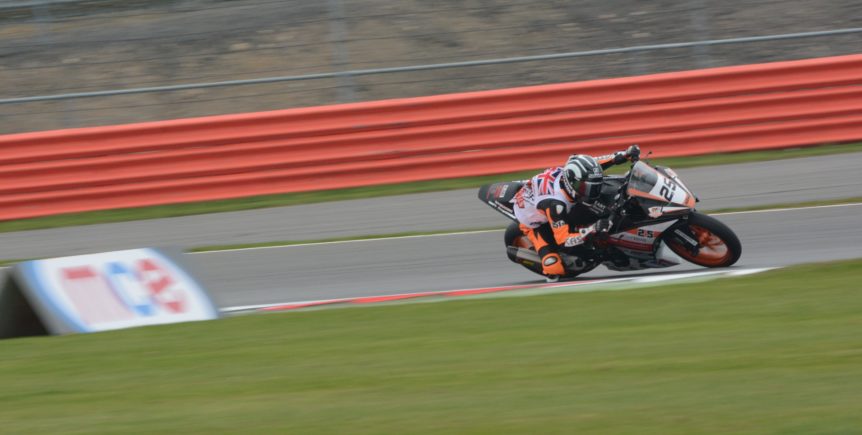 Only 11 weeks after sustaining a serious arm injury, Thomas returned to racing at the Silverstone KTM RC Cup World Final held at the last round of the Santander Consumer Finance KTM British Junior Cup.  Thomas decided to return whilst not being completely fit, and was the fastest British rider on Saturday winning the first KTM British Junior Cup race.  Thomas managed to stay with the front group consisting of the best youth KTM 390 riders from around the world, also finishing the first World Final race in 7th place.

Thomas was able to achieve this win thanks to great quality physiotherapy from the BSB medical centre leading up to and during the weekend.   Following the first race Thomas qualified 4th for Sundays race, he had a great start for the second race leading from the lights out but unfortunately crashed whilst battling in the leading group at farm corner.Thomas:

“I had a great weekend proving that I have what it takes to run with the best from around the world. Although I would have liked to have been fully fit to challenge more for the win, the BSB medical team were amazing in making sure that I was at my peak before and after my sessions. I also can’t thank Colin and Diane from 100% Suspension enough for their hard work supporting me this season. 2015 has been full of positives, being the youngest national race winner, leading the KTM Cup championship and winning many races.  I am really looking forward to next year and the Red Bull Rookies Cup selection event in Spain!”

Thomas would like to thank the following people for their outstanding help this season: